Programming Highlights Include the U.S. Premiere of the Jeddah World Fest Featuring Janet Jackson and Future on AXS TV, a 'Biopic Music Marathon' on HDNET MOVIES, and More 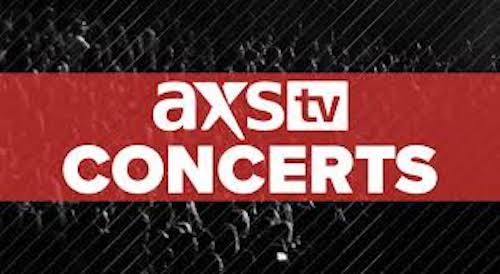 LOS ANGELES, March 23, 2020 /PRNewswire-PRWeb/ -- Anthem Sports & Entertainment, Inc., a globally integrated multi-platform media company, announced today that the Company is offering free previews of its popular cable networks AXS TV and HDNET MOVIES to all distributors starting now and running through May. The move allows distributors to provide both channels for free to non-subscribers, giving viewers complete access to AXS TV and HDNET MOVIES' extensive library of premium entertainment. Participating distributors of the offer include AT&T TV platforms DirecTV and U-verse as well as the National Cable Television Cooperative (NCTC).

AXS TV is the premier cable channel specializing in music-themed content in the United States, fueled by an extensive roster of acclaimed documentaries, candid interviews, unforgettable concerts, and more. Throughout this preview period, viewers will be able to enjoy new series and episodes, as well as a daily slate of curated concerts, giving music lovers the ultimate front row seat to performances such as the historic Jeddah World Fest on April 5, which boasts a star-studded lineup of legendary talent such as Janet Jackson, 50 Cent, Steve Aioki, Liam Payne, and Future. Additional highlights include original AXS TV series such as The Top Ten Revealed, where beloved entertainers Dee Snider, Mark McGrath, Lita Ford and more break down the best "Epic Songs of '74" "Rockin' Siblings" and "80s Break Up Songs," among others; as well as the celebrity sit-down series The Big Interview With Dan Rather, and the all-star jam series Rock & Roll Road Trip With Sammy Hagar, just to name a few. The network also presents a diverse lineup of box-office standouts, including the suspense dramas A Perfect World with Kevin Costner on April 8 and The Iceman with Michael Shannon on April 15, and Academy Award®-winning psychological thrillers The Silence of the Lambs on May 8 and Taxi Driver on May 29.

HDNET MOVIES delivers the ultimate movie-watching experience with an unprecedented selection of award-winning classics, blockbuster epics, and modern favorites from the 1980s to today. During this preview period, viewers can expect to enjoy a six-pack of comedy hits starring Jeff Bridges in The Amateurs, Steve Martin in The Pink Panther, Kurt Russell in Used Cars and more as part of the "Fools Of April" block on April 1; as well as a "Biopic Music Marathon" detailing the lives of some of music's most influential artists, starring Gary Busey in The Buddy Holly Story, Lou Diamond Phillips in La Bamba, and Val Kilmer in The Doors on April 11 and April 20; and a double-dose of Dustin Hoffman, putting the spotlight on two of the Oscar®-winning actor's finest films including Midnight Cowboy and Lenny on April 16. And, in May, the channel celebrates Mother's Day with an all-day marathon featuring fearless female-led favorites such as Beauty Shop and A League of Their Own on May 10, and salutes cinema trailblazer Clint Eastwood on his 90th Birthday with a career-spanning roster of some of his most definitive work, ranging from the Western comedy Paint Your Wagon to the political thriller Absolute Power, on May 30.

"During challenging times such as these, music and films can be comforting," said Randy Brown, SVP, Distribution, Anthem. "They help people take their minds off of their fears and concerns for a few hours, and instill a sense of normalcy to an otherwise unconventional situation. With live events being postponed for the foreseeable future and movie theatres closing due to safety concerns, entertainment is becoming increasingly scarce. Because of this, we are pleased to offer free previews of our two most popular channels—AXS TV and HDNET MOVIES—to all distributors starting now through May. We hope that viewers across the country will enjoy our signature high-quality content, and find some solace in reconnecting with the films and artists they love."

About AXS TV
AXS TV is a leading music, entertainment, sports and lifestyle U.S. cable network controlled by Anthem Sports & Entertainment Inc., and originally founded by entrepreneur Mark Cuban. The network is currently available in 50 million homes and on digital platforms, including Philo, Sling TV and AT&T TV NOW. AXS TV's programming appeals to an impassioned fanbase, delivering eclectic content in a wide variety of areas including music performances, celebrity interviews, documentaries, pop culture, combat sports, and professional wrestling. The channel is the home of IMPACT Wrestling, one of the world's largest entertainment properties, and the English-language broadcasts of the top Hispanic MMA promotion Combate Americas; as well as original programming featuring legendary newsman Dan Rather and music icon Sammy Hagar, among many others. For a list of providers and territories, visit axs.tv/subscribe. For more information, see http://www.axs.tv, or follow the network on Facebook, Twitter, YouTube and Instagram. Press information is available at axstvmediacenter.com.

About HDNET MOVIES
HDNET MOVIES is an independent cable movie network majority-owned by Anthem Sports & Entertainment, Inc. with minority partners led by entrepreneur Mark Cuban, AEG Entertainment, and producer/host Steve Harvey. The US-based network presents a diverse line-up of over 50 unique films each month, ranging from modern blockbusters to cult classics. HDNET MOVIES is currently available nationally on most major cable, telco and satellite TV providers in the U.S. and is currently in over 12 million homes. For further information, visit http://www.hdnetmovies.com. Follow HDNET MOVIES on Facebook, Twitter @HDNETMOVIES and YouTube.