If You Own an Apple TV 4K or a Nvidia SHIELD TV box. Good for you, because these are two of the highest performing media streamers that money can buy. 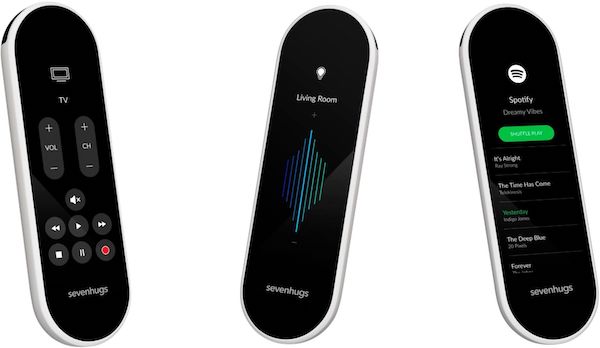 While the remote controls on both these media streamers for the most part work as intended. They are not in the same league as the media streaming devices themselves.

But what if you could own the best and baddest remote control on the planet to complement these awesome media streamers?

The Sevenhugs Smart One universal remote is really a work of art. It is compatible with a zillion different devices, comes with Bluetooth, WiFi and IR. So it will work with virtually every device no matter how new or how old or even if it has not yet been built.

It even works with your home automation technology, so you can dim the lights, turn on the alarm or adjust the thermostat.

Wired called it a magic wand for your smart home


And here is the coolest part. The entire face of the Sevenhugs Smart One remote is a LCD display that changes its layout for each device you control.

If you want one of the best universal remotes money can buy you may want to give the SevenHugs Smart One a try. And after you use it a while, you may even find you've hugged it Seven or more times.