Your Roku Just Updated to OS 9.4 Here's What It Offers

Welcome new members, thank you for joining Roku Rocks. (We are a Group of Roku Fans NOT Affiliated with Roku). Feel free to invite friends and discuss Roku, share new Roku channels and other streaming news. Ask questions or report nonworking channels. We are here to help you get maximum enjoyment from your Roku!
For an awesome A-Z List of Roku Channels visit https://mkvXstream.com
Post Reply
1 post • Page 1 of 1

Your Roku Just Updated to OS 9.4 Here's What It Offers

Roku has been busy lately rolling out several updates in a short while. Roku OS 9.4 is the latest update rolling out automatically to Roku media players right now. 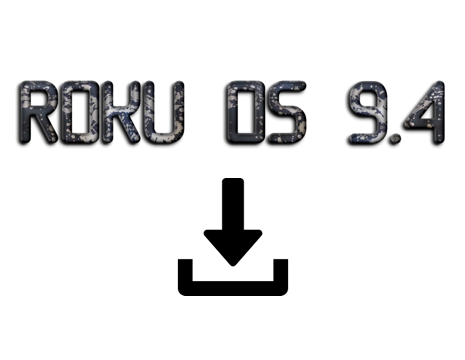 Here's What To Expect From the Latest Roku OS 9.4 Update

- A Faster snappier user interface from a variety of performance improvements. Often as software goes through many levels of updates, after a while the code becomes bloated. Sometimes, programming software engineers can improve performance by going through the code line by line. Often simply by streamlining the operating instructions and condensing or replacing bulky and bad written code so the CPU can process it faster making the device run more efficient.

- Introducing Apple Airplay. While not yet enabled in Roku OS 9.4, some groundwork has been installed to pave the way for this exciting new feature to be introduced later in the year for select 4K Roku models. Airplay will let those with macOS computers, iOS phones or tablets to have more control over their Roku and stream content like music, movies, and podcast right from their desktop or portable Apple devices. It can then be watched right on your television by streaming this content to Roku.

- Live TV Channel Guide on Roku TVs. Many live TV channels have been added to The Roku Channel lately. This update to the guide lets you easily access them all from an easy to navigate to location right from the Roku Home Screen.

- Enhanced Theme Packs. Audio tones have been added to button presses that correspond with various themes.

Only these models are eligible for the latest Roku OS 9.4 update.

Roku TV Models – Pretty much any Roku TV model will get the latest Roku OS 9.4 update. That's one great thing about owning a Roku television versus some other less known proprietary brands. Roku has been great about keeping all their TVs updated with the latest software.

If you want to find some really great channels for your Roku TV or Media Player, don't miss this - FREE Streaming TV Remote Web App!