Nvidia Shield Why it Beats a PS3 Hands Down!

Nvidia Shield Why it Beats a PS3 Hands Down!

Stumbled upon this mini review over at the Beyond3D forum and the OP brought up some very good points about the Nvidia SHIELD. 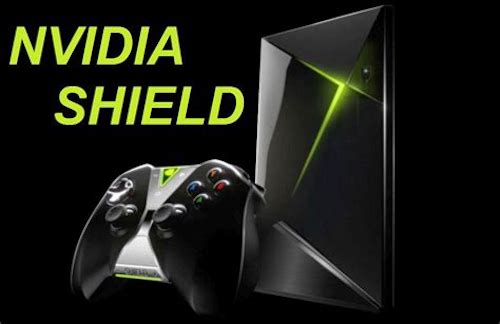 So I bought an nVidia Shield TV off of Amazon's Prime Day specials and just wanted to toss up my thoughts here:

First, I bought it to replace the PS3 "slim" that I have in the bedroom which is really only a Netflix player. I don't care what anybody says, those PS3 get loud. Far too loud to play Netflix in bed as you are trying to doze off. Also, the PS3 would not play nice with my Synology NAS, so I couldn't access my host of video files and could only watch Netflix.

Anyway, the Shield has completely changed that. It loads and boots faster (probably because the PS3 was loading all kinds of things that I didn't take advantage of), it is about 1/4 of the size - no really, it is. And it is completely silent. Installed Kodi from Google Play store and now I have access to all my files and it works flawlessly. HDMI-CEC means I can turn on and off the Shield and TV with the push of a single button on the controller.

It's fantastic. Unboxing the unit was a thing of glory, it was packaged like a $500 device, not a $199 one. So far, the only thing I'm irritated (it's ME! I'm going to be irritated about something) about is that the deal I got from the Prime Day sale was the Shield TV + 2nd Controller for $149. Well, the 2nd controller comes in its own box so it is just as if you bought one separately... There's no USB charging cable with the 2nd controller. WTF? So now I have 2 controllers, but only 1 USB charging cable. Now, this isn't a big deal because I've got lots of those cables, but for as much money as they spent on the packaging and making it so pretty, you'd think they could have tossed a cable in with the controller.

Haven't played any games on it yet (that's not why I bought it), but I'm thinking about buying a nVidia GPU for one of my PC's just to test out the streaming capabilities. Anyway, so far, fantastic media hub. Far better than anything I've used before such as the Roku or WDTV

You can read the full thread with 3 pages of user comments here...