What's Better a Nvidia SHIELD or Other Android Media Streamer?

What's Better a Nvidia SHIELD or Other Android Media Streamer? 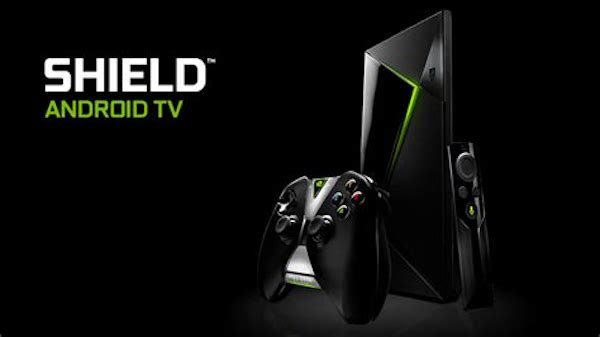 With a long list of cheap Android media streamers available on Amazon and eBay why should you spend more on an Nvidia SHIELD?

There are several reasons but here are the top three most important ones to keep in mind when shopping for an Android box this holiday season.

1. You can spend less, but can't buy a better media streamer for home entertainment. Yes an Nvidia SHIELD will set you back anywhere between $150 to $200 depending on if you get the SHIELD Streaming Stick vs a Pro. But there is no better Android media streamer available when it comes to leaning back on the couch and using a remote control.

To this day, almost every other Rockchip, or Amlogic based media streamer comes with an Android Phone OS operating system. While these devices would work great if they included a tiny touch screen display. Using one as a media streamer can really best be describes as CLUNKY.

This is because you will find yourself constantly juggling between a remote, and a mouse or trackpad. The SHIELD on the other hand is almost completely used from the remote itself. Any media steamer worth their salt should work 100% with a remote.

The only time this becomes an issue on a SHIELD is if an Android phone app is used. Even though they can be installed, they won't give you the same seamless user experience as an Android TV app made for the Android TV OS.

2. Most powerful Android box you can buy even 5 years later. When the Nvidia SHIELD first arrived, Nvidia put a very powerful processor in it. The Tegra X1 processor at the time was far ahead of any other Android media streamer available.

One thing we saw early on with cheep Chinese Android clones is they took a playbook out of the early 80s and ran with it. Back in the 80s, a popular strategy with PC builders and manufacturers was incremental speed increases in computer performance.

They figured out rather than releasing a lot faster models, they would slowly dole out slightly faster models that only offered modest performance boosts. This helped them sell more models because many customers opted to pay for a new PC every year. Owning the new fastest PC would give them bragging rights if only for a short while.

3. Supported long after cheap Android media streamers become door stops. One thing that has impressed us more than anything about owning the Nvidia SHIELD vs low cost Android boxes is the ongoing level of system support Nvidia has provided over the years.

Aftermarket support with software updates and new Android OS releases for low-cost Android media streamers are virtually nonexistent. Instead, Chinese manufactures would rather you spend another $50 to a $100 on a new updated model. Nvidia took the opposite approach. By still providing the same software update to 5-year-old models they do to their latest hardware.

This makes the SHIELD seem like a bargain, the longer you own it. Yes you can save money on a cheaper Android clone. But it won't save you much in a year or two when it no longer has the latest security update or latest Android operating system.

For a great Android resource for all Android devices. Please be sure to check out ⇒ TEAM ANDROID TV