With the next release of an Android TV box from Google, the world will behold something it has not seen for a while. 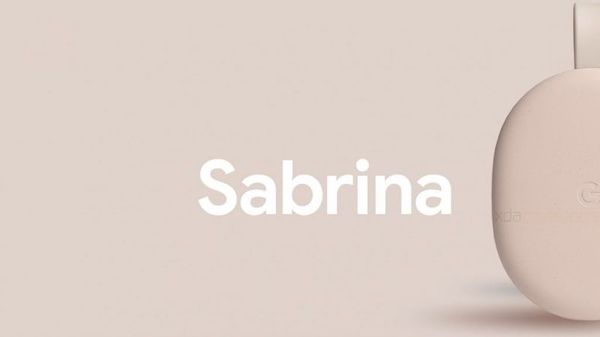 Ever since the Nexus Q, a digital media player developed and released by Google in the summer of 2012. There has not been another Android TV Box from the company that owns the Android operating system.

But it's all about to change because Google is back in the Android TV Game. A market dominated by Nvidia with their SHIELD TV, and Mi with their Mi box S. Currently the only two media players that use the lean back version of Android TV OS.

This is kind of important because recently we learned an interesting tidbit that more people are using the Android TV platform than previously thought. A lot more!

Now GIZMODO brings us some more information about the next box from Google that will support the Android TV operating system which is code named: Sabrina

And it looks like Alexa is about to meet her match because Sabrina is not only sexy, she is also smart with the full research and development AI team of Google backing her up.

While Sabrina may share some similarity to the Chromecast dongle, Google's previous media streamer. Rest assured, that is where the similarity ends.

Because instead of needing to use your phone for control like with a Chromecast, Sabrina comes with a REAL remote, and the Android TV OS on board.

But don't rush out to Walmart to buy one anytime soon, because currently, the only way to get one is if you are in their XDA Developer program. If you qualify, this is where to join.

Hopefully, by the Holiday Shopping Season everyone else may be able to get one too. It's rumored to cost around $80. Which will give us one more affordable Android TV box alternative with Google apps like YouTube already onboard.

If you are looking for one of the best deals on an Android box for TV streaming, no need to wait - Check out these top rated models right now.