YouTube Thumbs Down No Longer Shown, as They Hide this From the Public

YouTube Thumbs Down No Longer Shown, as They Hide this From the Public

YouTube changed their video platform in a big way. They will no longer show publically, how many people down voted videos. 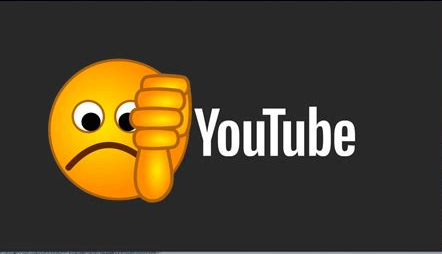 Today YouTube announced they are changing down votes on videos shown on their platform. Video viewers can still vote up or down on videos, but down votes will no longer be visible to the public. But content owners still can see how many people down voted their video.

One theory was there too many down votes on videos made by certain public officials. And another theory floated about was that there were some YouTubers that may have had their feelings hurt by the number of down votes their videos received.

Whatever the reason, from now on only positive thumbs up will be shown on YouTube videos. Leaving the public to guess if a video is worth watching or not...