Twitter workers in the UK were fired at 3 am and only to learn they were out of a job when they woke up to find laptops had been remotely wiped, Daily Mail reported.

And it gets even worse for any Twitter employees that still remain. Elon Musk has removed “days of rest” from Twitter staff calendars.

Change is hard, and advertisers are now fleeing Twitter because of the uncertainty over the future direction of the platform. Musk made mention of this in another tweet. 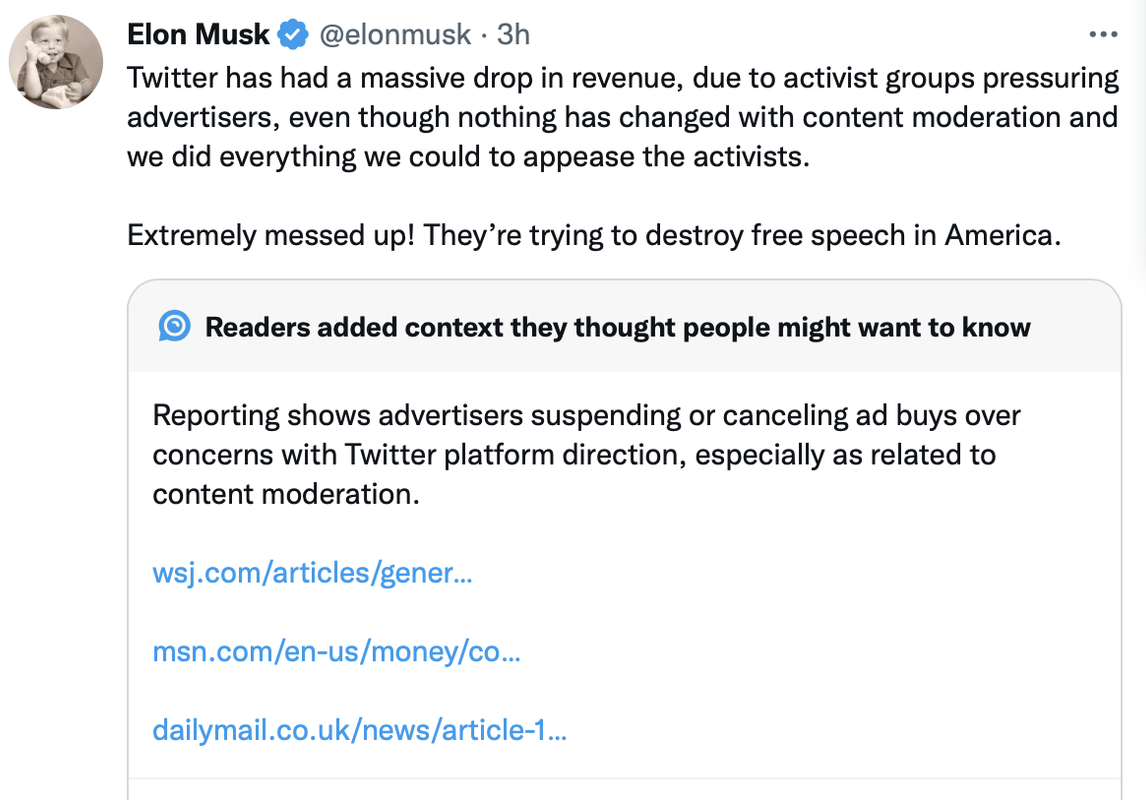 Then in another poll which is now closed, Musk asked Twitter users if Advertisers should support Political Correctness or Freedom of speech.

Over 2 Million 754 thousand people responded and here is the result of this poll:

With a massive number of bots having been kicked from the platform, this gives a clear indication of what the true majority of people feel, and the direction we will see Twitter taking in the future.

Civil discourse is more important now than ever, and while free speech is an important part of our constitution, it should never be abusive or filled with hate. As the old 1980s VCR tapes used to say "Be Kind Please Rewind." We need to rewind to a simpler time when our lives were more filled with happiness and love, not hate for those we disagree with.

One political group censoring, banning, and defunding another just because they think differently is really just another form of discrimination.

If we continue down this path, there will come a day laws will be put in place outlawing this type of behavior with extreme consequences. It's only a matter of time...