Fubo TV the Live Streaming TV Service No One Hardly Talks About May Be the Best Yet for Sports! 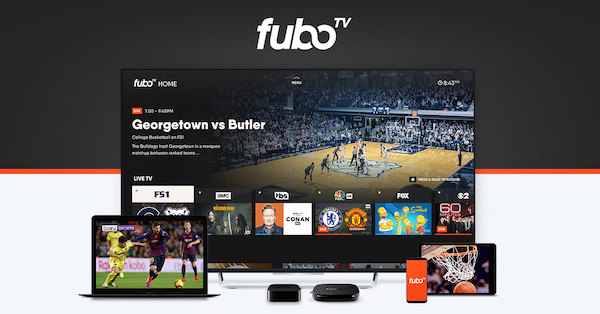 Unlike DirecTV Now and Dish's Sling TV, fubo TV was never a big cable company that turned to streaming when it saw its subscriber growth plummet due to cord cutting.

DirecTV has raised their prices so much and limited their channels they are hardly even in the ballpark anymore.

Here are the packages available and prices from Sling TV
Sling Orange contains ESPN, ESPN2, and ESPN3 for sports. You can also add the Sports Extra package to Sling Orange and get
additional sports channels. And these include college sports channels like ESPNU, NBA TV, PAC 12 plus SEC Network.

Sling Blue also comes with several sports networks and these include FS1, FS2, both local and regional FOX and NBC networks plus the NFL Network.

You can also add the Sports Extra package to Sling Blue
and get NFL RedZone, NHL Network, Golf Channel plus Outside TV.

The Sling Orange + Blue package gives you 50+ channels and includes all sports channels that are in both packages Orange and Blue.


Fubo TV The New Kid On The Block

While Fubo TV was never a cable TV company, they have become a fierce competitor as a Live streaming and Sports TV provider.

Instead of offering "Lite TV" packages like Sling TV. Fubo TV offers a single, much larger package that contains a large amount of sports channels. The only channel missing is ESPN. Which could be a non-starter for some.


Sling TV Vs Fubo TV Which is Better?

Sling TV is better if you can live with their lite bundles. Once you start adding all the extras, it can cost more than FuboTV which is all inclusive.

The DVR is where Fubo TV also beats Sling TV. With Fubo they include a 30 Hour DVR at no additional cost. For $10/month more they will give you 500 Hours.

Sling TV DVR is 50 hours but it costs $5/month in addition to any package.

If ESPN is a priority, Sling is your best bet. Otherwise Fubo offers many more sports packages including all these for only $44/month.

So if you've tried Sling TV and are ready for to give FuboTV a try, be sure to take advantage of their Free Trial to try it for yourself.