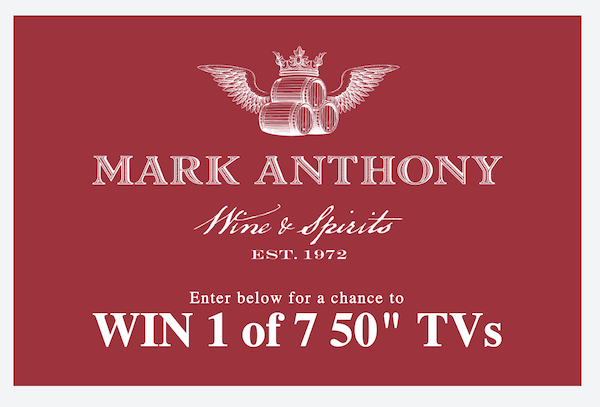 These Are the Official Rules - GOOD LUCK


2. There are seven (7) Grand Prizes available to be won, each consisting of one (1) TCL® 4-Series 50’’ 4K UHD LED ROKU OS Smart TV (the “Prize”); and it is provided by the Sponsor. The approximate value of the Prize is three hundred eighty Canadian dollars ($380 CAD). The Prize is non-transferable, must be accepted as awarded, and cannot be substituted for cash (other than at the sole discretion of the Sponsor). Arrangements for Prize delivery will be confirmed with the winners by e-mail or telephone. The Prize will only be released to the verified winners. Return of any prize/prize notification as undeliverable may result in disqualification and selection of an alternate winner.

4. In order to be declared a winner, the potential winner of the Prize must correctly answer, unassisted, whether mechanical or otherwise, an arithmetic skill-testing question; and will be required to complete, sign and return to the Sponsor a Declaration of Compliance with the Contest Rules and a Release of Liability within three (3) business days of delivery of same by the Sponsor, confirming compliance with the Contest Rules and regulations and releasing the Sponsor, their respective advertising and promotional agencies, any Contest judging organization, provincial liquor authorities, parent companies and affiliates of the foregoing and all their respective directors, officers, owners, partners, employees, agents, representatives, successors and assigns (collectively the “Released Parties”) from any and all liability of any kind in connection with the Contest, or occurring as a result of the Prize being awarded. The winner irrevocably authorizes the Contest Sponsor to broadcast, publish and disseminate his/her name, address, photograph, likeness or other image, voice and/or statements, in connection with any advertising, promotion, publicity, and/or for general news, entertainment, marketing and information purposes at no compensation (other than the Prize) to the winner. No participant will be declared a winner until his/her compliance with these Contest Rules has been verified. Declaration of Compliance and Release documents must be returned within the time period indicated on the documents or as requested by the Sponsor or its representative, or the Prize will be forfeited.


5. The provincial liquor agencies are not in any way associated with this Contest nor are they liable in any way whatsoever in regard to any matter which relates to this Contest.

6. To enter and be eligible to win, an entrant must be a legal resident of Alberta and 18 years of age or older at the time of entry in the Contest. Persons are not eligible to enter if they: a) are an employee of the Sponsor or any of its affiliates or related parties, or of any of its advertising or promotional agencies, or of any participating stores or Contest judging organization or any prize supplier; b) are an employee of or contractor to any provincial liquor authority, any liquor distribution company or any participating licensed establishment; c) is a member of the immediate family (defined as parents, siblings, children, and spouse, regardless of where they live) or household (whether related or not) of any of such persons; or d) have won any other contest or game of skill the Sponsor has offered within the twelve (12) months prior to the commencement of the Contest Period. Entries may not be given or sold to anyone else, and the Sponsor reserves the right to refuse to accept the registration of an entry if the Sponsor considers the entry to have been submitted by an ineligible person or through any mechanical, electronic, or other automated means of submission. All contestants must prove their eligibility with valid photo identification and proof of residency, upon request.

This Contest is void where prohibited by law and is subject to all applicable federal, provincial, and municipal laws and regulations. All incidental costs and expenses not specifically referred to herein including (without limitation) federal, provincial and local taxes, shall be the responsibility of the prize winners. Before being declared a winner, selected entrants and their guests must sign a Declaration of Compliance and Release documents, confirming his/her eligibility and compliance with the Contest Rules and releasing the Released Parties from any and all liability arising from (i) participation in the Contest; (ii) acceptance of the prizes as awarded; and (iii) the administration of the Contest and distribution of the prizes awarded herein.

7. If the identity of an entrant/winner is disputed, the entrant/winner will be deemed to be the person in whose name the applicable e-mail account is registered. The sole determinant of time for the purposes of receipt of a valid entry in this Contest will be the Sponsor's network equipment.

8. The Prize must be accepted as awarded. They may not be transferred or substituted for cash, another prize or otherwise (other than at the sole discretion of the Sponsor). The Sponsor reserves the right, for any reason whatsoever, in its sole and absolute discretion, to award a substitute prize of equivalent monetary value or greater value if a prize cannot be awarded as described. The Prize will only be delivered to the verified winner. Arrangements for Prize delivery will be confirmed with the winner by e-mail or telephone.

9. All decision(s) of the Contest Judges, who may be employees of the Sponsor or its affiliates or independent contractors, are final and binding with respect to all aspects of the Contest, including, without limitation, eligibility and/or disqualification of entries. All entries are the property of the Sponsor.

10. By entering the Contest, entrants agree to abide by and be bound by these Contest Rules and the decisions of the Contest Judges which are final. Entrants who have not complied with these Contest Rules are subject to disqualification. ANY ATTEMPT BY AN ENTRANT OR ANY OTHER PERSON TO DELIBERATELY DAMAGE THE CONTEST WEBSITE OR UNDERMINE THE LEGITIMATE OPERATION OF THE CONTEST IS A VIOLATION OF CRIMINAL AND CIVIL LAWS AND, SHOULD SUCH AN ATTEMPT BE MADE, SPONSOR RESERVES THE RIGHT TO SEEK DAMAGES FROM ANY SUCH PERSON TO THE FULLEST EXTENT PERMITTED BY LAW.

11. By entering this Contest, each entrant agrees to save and hold harmless the Sponsor, its affiliates, the suppliers of the Prize and their respective employees, officers, directors, and agents from any and all liability for harm which the winner may suffer as a result of participation in the Contest, compliance or non-compliance with these Contest Rules and acceptance and use of the Prize, and the winner agrees to sign the Sponsor's form(s) of Declaration of Compliance and Release of Liability and Publicity Release documentation (see Rule 4 above) in this regard before receiving his/her Prize. The Sponsor shall not bear any liability arising from or in any way relating to the Contest or the Prize awarded.

12. The Sponsor reserves the right to change the terms of the Contest or terminate it at any time, without prior notice, except to the Alberta Gaming, Liquor, and Cannabis Commission, if required. Without limiting the generality of the foregoing, if for any reason in the sole opinion of the Sponsor the Contest is not capable of running as planned or if the administration, security, fairness, integrity or proper conduct of the Contest is corrupted or adversely affected, including by reason of tampering, fraud, technical failures or any other reason beyond its control, the Sponsor reserves the right to cancel, terminate, modify or suspend the Contest, including selecting winners and/or additional winners from previously received valid entries.

13. By entering this Contest, the winner consents and agrees to the use by the Sponsor or its agents of the winner's name, city of residence, photograph, likeness or other images, voice, and/or statements for any and all publicity purposes, commercial or otherwise, in any and all media without compensation (other than the Prize) of any kind or further notification.

14. The Sponsor assumes no responsibility for lost, delayed, incomplete, garbled, undelivered, damaged or misdirected entries or for any technical problems of any kind affecting the operation or administration of this Contest, including, without limitation, any technical malfunction or failure of, or any other problem with, any computer hardware or software or any telephone network or lines or broadcast transmission during the Contest Period. The Sponsor will not be responsible for any injury or damage to the participant's or any other person's computer relating to or resulting from participation or downloading any materials in this Contest.

15. This Contest is subject to all federal, provincial, and municipal laws.

IF YOU WOULD LIKE TO ADD SOME GREAT ROKU CHANNELS TO YOUR ROKU MEDIA PLAYER -- CLICK HERE!