Is It Time For an Elon Musk Smart Phone?

Is It Time For an Elon Musk Smart Phone?

Apple and Google really have a good thing going, between the both of them they have pretty much cornered the smartphone market. 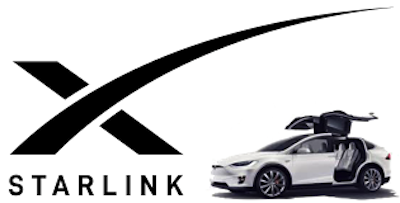 With recent events and big tech flexing their muscles simply because they can. And by removing users, groups, and pages from social media accounts they control some with millions of followers. Many people are becoming nervous to continuing to use their platforms.

When it comes to cell phones, here in the U.S. we don't really have many options. Oh sure, you can buy a Samsung, LG or any number of other Android phones because you won't use an Apple iPhone.

But guess who owns the Android Operating System and has full access to everything you do on your not Apple iPhone. Hello Google. Yes, they own Android OS, and even have their own App Store. Do something they don't approve of, and they have every right to kick your app right off their platform and cancel your business in the blink of an eye. Apple, is no different and their App Store is even more tightly controlled. At least on Android you can still side-load apps, with Apple unless you jailbreak your phone that's not even possible.

Amazon and other web hosting providers can even take your entire website down and cancel your entire business because of something they or someone else disagrees with.

Nine times out of ten, they won't even give you a reason why before they delete what sometimes amounts to years of effort building a following and creating content. Some which may never be replaced.

And you can forget about asking them to change their mind. All the begging and pleading in the world usually falls on deaf years.

But if ever a silver bullet could tear down big tech's monopoly at least in the Smart Phone market. An alternative smart phone which was very affordable may just do the trick. ($1100 for a Smartphone is Nuts!)

Elon Musk, would be the perfect person to take on something like this. With his worldwide fleet of Starlink Internet satellites, an IP Smart Phone that worked anywhere in the world would be a next logical next step. It would single handedly not only put a serious dent in the current Smart Phone monopoly, it would send shivers through high priced Cellular network providers everywhere.

Also right now, there are probably 70 million very angry people in the U.S.A that would be extremely happy to switch away from Google and Apple. Especially if Elon's Tesla Phone would guard their privacy and encrypt all traffic behind a VPN and not sell their online data to the highest bidders.

You can bet a Tesla phone would be a pretty cool looking phone as well. Elon if you are reading this, we would love to see a user replaceable battery along with a cover that would open like the doors on your Tesla Model X. A built-in solar charger would be rad as well.