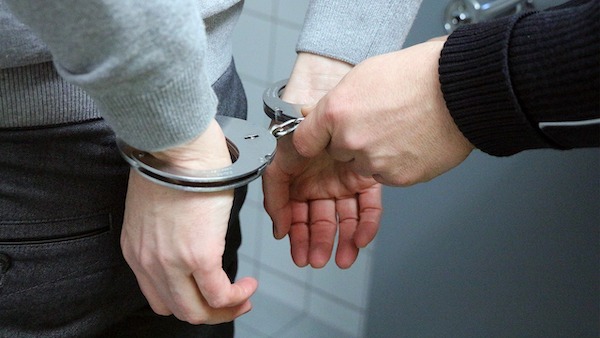 Downloading copyright content without authorization or license is already a felony under current U.S. law while streaming this same content is currently a public performance and is now classified as a misdemeanor.

With both Senate Democrats and Republicans working together holding a hearing on how to make streaming copyright content illegal and how to effectively close the loophole that many streaming pirates have enjoyed for years.

Both the NBA, and MMA are pushing for this bill, and they are telling our elected officials that streaming live event piracy has had a serious impact on their profits.

“Without a real fear of criminal prosecution, pirates are emboldened to continue engaging in illegal activity to distribute sports content – whether it is manufacturing and selling ISDs or operating an illegal streaming service.” “It is important to revise the criminal law to recognize illegal streaming of copyrighted content as a felony, which would provide a more effective way to deter illegal streaming.”


Here Is What the UFC and NBA Think Should Be Done

Is This History Repeating Itself?

Eight years ago Amy Klobuchar, Chris Coons, and John Cornyn proposed another bill "The Commercial Felony Streaming Act SB978" which would have made streaming illegal content a Felony. But public outrage killed that bill and it has not been brought up since then.

This bill would have mandated 5 years in prison and made it a felony if someone got caught streaming copyrighted content more than 10 times in 180 days. But it also stipulated the content would need to worth more than $2,500 or have a license fee more than $5,000.

So on one hand, they no longer want to clog up our justice system with pot smokers by making them criminals. Which is a step in the right direction.

And yet on the other hand, the UFC and NBA think it's a genius idea to put Grandma who is living on a meager $960/month Social Security income away as a felon for 5 years for binge watching several seasons of the Walking Dead and streaming a couple live basket ball games or UFC events? Seriously? Where is the common sense in that?

Downloading copyrighted content to distribute in mass for profit is one thing. And this should be dealt with differently then someone who loaded an apk on an Android box or visited a website and binge watched a few TV shows. And then charging them with a felony! Seriously?

Again we have large powerful corporations like the NBA, which is a major money making machine with an average team having a net worth of almost 2 Billion dollars lobbying our elected officials to do their bidding.


When the People Speak Elected Officials Tend To Listen

Politicians do the most damage when the public is not paying attention. It's up to us to get the word out and not let them make another backdoor deal that could make felons out of many TV Streamers. Clogging up our Justice system and prisons instead of going after violent offenders that destroy people's lives.

They need to come up with a more common sense approach for someone caught streaming illegal content. How about a traffic ticket three times what it would cost to rent a movie, TV show or to stream a Live PPV event?

So if you stream an illegal $5 episode of The Walking Dead, the content provider would receive $10 and the U.S. Government could get $5 to pay for anti-piracy education and maybe, here's an idea, use the remainder to pay off the national debt.

If you are wondering, why the U.S. government should get any of the proceeds? Why not, this is where the rich corporations turn to and get laws passed to favor their business. If the U.S. Government is being asked to do their bidding why should the Tax Payers not reap some reward?

Maybe our elected politician can use their time to figure out how to pay off our national debt. This would be a much better use of their time than helping the UFC, NBA, and other large corporation's make even more money.

Charging streamers with a felony for watching copyright content is going a bit too far...